The moment of death ( St. Luke the Surgeon of Simferopol ) 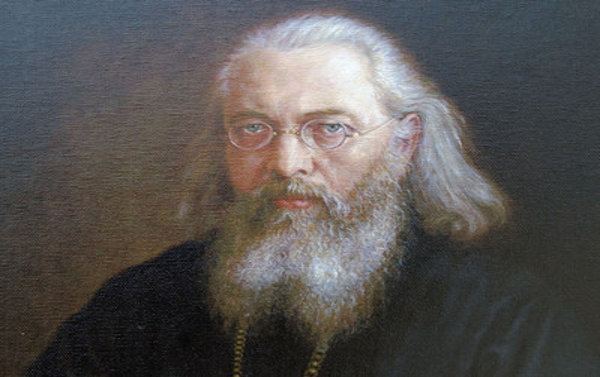 Before David became the King of Israel, he was a servant of King Saul. Since Saul knew that David would someday take his throne, he attempted to kill him. Once when his life was in danger, the Prophet David said to those who were his supporters: “I am only one step away from death.At one time I was almost dead.I hardly had a pulse and my heart almost stopped beating.But the Lord was merciful to me and I am still weak and I am able to speak to you only in a seated position.I wish to tell you something very important about this. I want to talk to you about being cognizant of death because it is very close to each one of us, as it was close to me last Saturday.Anyone of us can die suddenly at a time when it is unexpected.You should know that the lives of many people are ended abruptly.”

Remember always—engrave the name of the Lord in your hearts.Always remember this and do not ever forget it.When people prepare to go for a long walk or start a new chore, they gird themselves for the effort.And when they walk in the darkness of night they carry with them a lantern and this is very important because it must always light our way.

The same thing is true about our spiritual lives.We must gird ourselves and keep our lanterns lit.We must be untiring workers of God and we must struggle against Satan who tries at every turn to hinder us from reaching Christ. He tries to kill us with temptations.This is why the Lord Jesus gave us this command: “They encircled us while we had our lanterns burning.”

We must never forget that earthly life has been given to us so that we can prepare for eternal life. Our fate in eternal life will be judged and based on how we have lived our lives in this world.

You should be faithful to Christ.You should be faithful to the way of life He has shown you in the Book of Revelations written by John the Apostle and Evangelist.He tells us in that book: “Become faithful until death and you will be given the crown of life.” (Rev. 2:8).  We must be faithful to God.We must serve God tirelessly every day, every hour and every moment of our lives.Our life is short, we cannot waste the few hours, days, and years living our lives aimlessly.We should always think about the hour of our death.

All of the holy ascetics always remembered the hour of their death.It was part of their daily prayer life.They even had human skulls in their cells to remind them of their own death.They would look at them with tears in their eyes knowing that they too would follow in their footsteps.They served God tirelessly and worked for the Lord just like St. Seraphim of Sarov did.They would remember every day the words of the 33rd psalm which is read at the vesper service: “The death of the sinners is evil.”Just like you, they also remember the following words: “Precious in the sight of the Lord is the death of His saints.” (Psalm 16:5). Sinners have a great fear of death and I have seen many examples of this in my life.But there is one particular incident that I witnessed forty years ago that made such a deep impression on me that I will never forget it.

At that time I was a provincial doctor and I was invited to the home of a very evil man.As I entered his house I was startled by the great deal of turmoil that I found there.People in the house were running all over the place.An old man was lying on a bed. His face was very red and as soon as he saw me enter the room he began to yell out at me saying: “Doctor, I beg you to save me.I am dying, I realize now that I will die.”

Where was this man before this moment in life?What was he thinking when he was terrorizing so many people during his life?What was he thinking when he was taking all the people’s money?Now death had arrived.It is here and it is too late now to say: “I am dying, and I realize that I will die.” He should have lived his life knowing someday that he would die so that he would not now be prepared for death.

Who is there in the world that does not fear death? Only he who follows Christ and lives by His commandments does not fear death because he knows the promises made by Jesus Christ in the Beatitudes: “Rejoice and be exceedingly glad, for great is your reward in heaven.” (Mt 5:12).

The deaths of the saints were completely different from those of us who lack faith. St. Seraphim of Sarov died while kneeling in front of an icon of the Holy Mother to whom he always prayed.He fell asleep in the Lord on his knees for precious was his death in the eyes of the Lord.

Our Lord Jesus Christ tells us: “Walk while you have the light, lest darkness overtakes you.”(John 12:35). While you are alive you still have the Light of Jesus Christ. In life you still have the ability to go to Church to hear the commandments of God and to hear the words of Scriptures.You should walk in that Light because when death comes, the Light will go out for you.This is so because beyond the grave, there is no remission of sins and you will receive your reward in accordance to the good deeds that you did in life.

Therefore, walk in the Light while you have the Light so that you will not be overwhelmed by the darkness, the eternal darkness of death.St. Paul the Apostle says: “Behold, now is the accepted time; behold, now is the day of salvation.”
(2 Cor. 6:2). Now that we are living is the acceptable time for our salvation.Now, we should think about our salvation and to prepare ourselves for eternal life.That is what all Christians do, all those who love Christ.

Seventy years ago a doctor lived in St. Petersburg, Russia. His name was Gaaz.He had been assigned to serve the needs of those in jail.He had a very kind heart.He had a heart full of compassion and he loved all people.In his position as a doctor to those in jail, he did everything in his power to help these unfortunate people. He saw the prisoners being sent off to far away prisons in chains.He knew that they would be forced to walk thousands of miles until they reached the jails in Siberia and his compassionate heart went out to them.In order for him to feel their pain, he also wore chains on his feet and walked for hours around the yard of his home.When he was on his death bed, this holy man and physician said to the people around him the following miraculous words, words that all of us should keep in our hearts.“You should make it a priority in your lives to do good deeds for people.It is urgent for you to do this because death awaits all of us.Do not be frivolous in your lives.You should be faithful to Christ until death and God will give you the crown of life.”

The Prophet Isaiah said something which we also should remember and imprint it upon our hearts.“Be troubled you complacent ones; strip your lives bare, and gird sackcloth on your waists.” (Isaiah 32:11).

Tremble and remember death.You should always remember the time when you will leave this life and do not ever forget it.In order for us to have this mindset, and to follow Jesus Christ, we need the help of God.Without this help we will not be able to defeat the temptations of Satan.This is why we should ask God to send us Divine Grace.

Lord, have mercy on us sinners. Lord help us.

We should entreat Jesus like the idol worshiping woman did as you heard today in the Gospel reading.She was a Canaanite woman and when she saw Christ with His disciples she began calling after Him and entreating Him with the following request: “Have mercy on me, O Lord, Son of David, my daughter is severely demon-possessed.” (Mt. 15:20). But the Lord did not pay any attention to her and He silently continued his journey.The woman continued to entreat Him but He would not answer her.Finally His disciples said to Him: “Send her away, for she cries after us.” (Mt. 15:23).And the Lord answered: “I was not sent except to the lost sheep of the House of Israel.” (Mt.15:24).

The woman continued to entreat Him. What did the Lord say to her?“It is not good to take the children’s bread and throw it to the little dogs.” Mt. 15:26.And in response he heard an astounding answer filled with humbleness and compassion.“True Lord, yet even the little dogs eat the crumbs which fall from their master’s table.” (Mt. 15:27), give me a crumb from your mercy.The Lord stopped when He heard this and said to her: “O woman, great is your faith.Let it be to you as you desire and her daughter was healed from that very hour.” (Mt.15:28).

Many of us live a life that is not consistent with the Christian message.Many of us are burdened with various sins.Many of us have forgotten the Word of God which says: “The sting of death is sin.” (1 Cor. 15:56). Death wounds the person who becomes a slave to sin.Then, if we are weak and if the garments of our souls are all black with sins aren’t we like the dogs?Shouldn’t we also shout unto Christ as the Canaanite woman did: “Lord, I am like a dog, have mercy on me!” “You have girded me with strength for battle and the lanterns are lit around me. Amen.”

Email ThisBlogThis!Share to TwitterShare to FacebookShare to Pinterest
Labels: moment of death, St. Luke the Surgeon