A blessing from God ( St. Paisios ) 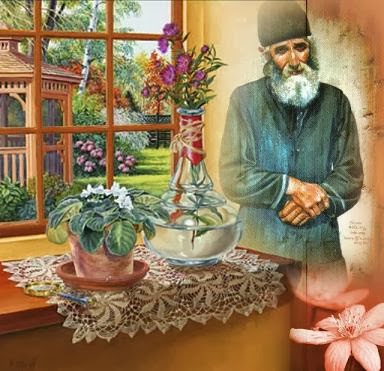 Elder Paisios quotes this old saying and asks, "What does it mean?" Clearly it is saying that it is better to work, which in earlier times would wear out your shoes, than to be lazy and to spend your time in bed wearing out the blankets.

Elder Paisios describes work in this way:
Work is a blessing, a gift from God. Work gives vigor to the body and refreshes the mind. If God had not given us work, man would have become moldy Those who are diligent work into their old age. If they stop working while they still have strength, they become melancholy; it's like death for them.
There is no way to gain peace without engaging in work of some kind. When we do take a break, like a vacation or even a lunch hour, when we did not return to work, what would we do? We would seek out some other kind of comfort. When it ended we would seek another. We would never find satisfaction. We would be filled with anxiety, not from work, but from our inability to find true comfort. We would feel an emptiness, a need for being of some value to others. Our soul would be longing to carry out the will of God which is to help and love others. This is why even though we may find ourselves fatigued at the end of a good days work, we can feel a sense of joy that we have been useful, worthwhile, have contributed to the life of mankind.


Work is a blessing from God

http://agapienxristou.blogspot.ca/2013/11/a-blessing-from-god-elder-paisios.html
Posted by Agapi en Xristo at 3:32 PM No comments:

Adolescence is the most important period of life ( Part 3 ) - St. Nektarios of Pentapolis 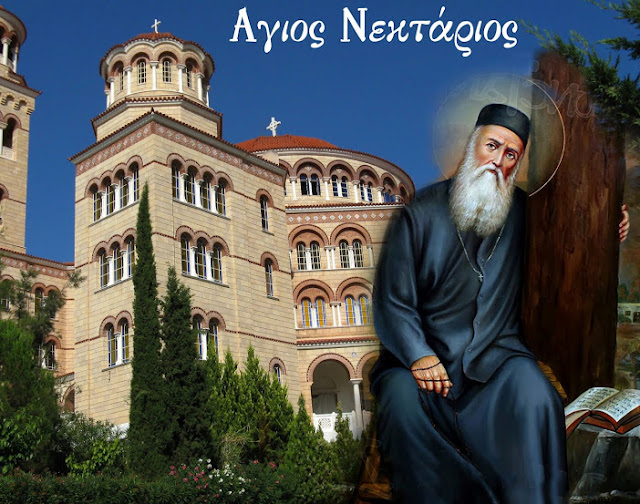 a talk given by St. Nektarios of Pentapolis
to a group of high-school students

Which one of you, now, aware of this calling and
his immense obligations can neglect his spiritual
development and moral formation? Who will ever, on account of laziness and negligence, condemn himself to illiteracy, imprudence, infamy, and dishonor? Certainly no one. For we have acquired the virtues, namely the love for toil and love for honor, from our ancestors, and we have received
nobility and courageousness as an inheritance.
Therefore, beloved children in the Lord, a struggle is demanded of us in order to acquire and there after preserve what is good.
Man’s entire life is a struggle; but ethical prosperity is the prize awarded by God, Who
officiates the  competition. Thus, it is not possible to prosper without toiling. “Efforts give rise to
glory,” according to Euripides. And it is also an irrefutable truth that “toil is the father of glory.” Honor and glory are the rewards of exceptional virtue and the trophies of a ceaseless struggle.
Every teenager finds himself standing before the two paths described by Prodikos. You are all familiar with Prodikos’ myth, and the labors of Hercules.
Hercules would have been unknown to us had he not chosen the path of virtue over the path of evil when he was offered to pick one of the two.The path of virtue, however, is a road that demands toil and exertion. “Narrow is the gate and difficult is the way” of virtue; whereas, “wide is the gate and broad is the way” of evil “that leads to destruction” (Mt. 7:13-14) Hesiod, the Assyrian poet, when  speaking of virtue and evil, describes the path of evil being easy and smooth, in contrast to the path of virtue as uphill, and difficult. Behold his words:“Badness can be got easily and in shoals, the road to her is smooth, and she lives very near us.

But between us and Goodness the gods have
placed the sweat of our brows.
Long and steep is the path that leads to her, and it
is rough at the first; but when a man has reached the top, then is she easy to reach, though before that she was hard.”(Hesiod, Works and Days, verse 287).
Which one of you, now, does not see the struggle that he is obligated to undertake in order to acquire virtue?
Who does not comprehend that it cannot be otherwise, since “the gods have placed sweat between us and virtue”? Yes, beloved students! A great struggle and pain are demanded to acquire virtue.
Nonetheless, no one should back down.
Nothing other than a courageous decision and unwavering mindset is needed in order to acquire virtue.
http://www.stnektariosmonastery.org/weeklymessage.pdf
Posted by Agapi en Xristo at 3:29 PM No comments: