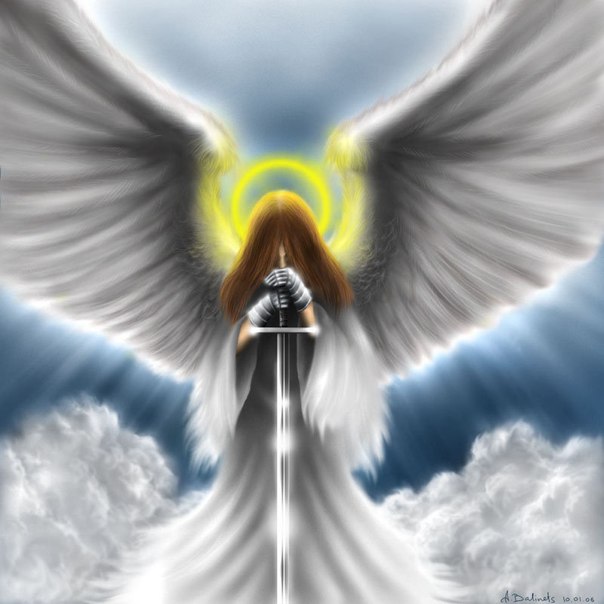 Q: Can the demons communicate anything good? And how does one discover that it is demonic? And what distinguishes it from something good from God?
A: To someone it might seem that he receives something good, but this is from the evil one for his deception. For every good thing which comes from the devil for the deception of a man, being precisely examined, turns out to be unreal; for the devil is a liar, and there is no truth in him (John 8:44), as is shown by the consequences of that (false good). His light ends in darkness, according to the Apostle’s word which speaks about diabolic heralds transformed into the servants of righteousness “whose end will be according to their deeds” (II Corinthians 11:15); and the Savior says: “From their fruit ye shall know them” (Matthew 7:16). If you investigate with understanding and judgment, you will find in the false good (which comes) from the devil, there was not even a trace of good, but either vainglory, or disturbance, or something similar; but the good which comes from God always increases enlightenment and humility of heart and gives a man quietness. But when, out of ignorance, we suffer in something from the deception of the evil one, and later we recognize in this a temptation, then let us call ourselves and hasten to Him Who is powerful to do away with this temptation. One should know that to some the difference (between the good of the devil and that of God) is understandable from the very beginning; while to sinners, only at the end (of the temptation), just as a skilled master in gold work can take gold (in his hand) and tell before it is tested with fire of what sort it is, while an unskilled one does not find this out until it has been tested with fire.

A: For humility of thoughts, even though you might have performed all good deeds and kept all the commandments, remember Him Who said: “When you have done all this, say that we are unprofitable slaves, for we were obliged to do what we have done” (Luke 17:10) - and all the more when we have not even attained as yet to the fulfilling of a single commandment. Thus one should always think and reproach oneself at every good deed and say to oneself: I do not know whether it is pleasing to God. It is a great work to do according to God’s Will, and yet greater to fulfill the Will of God: this is the joining of all the commandments; for to do something according to God’s Will is a private matter and is less than fulfilling the Will of God. Therefore the Apostle said: “Forgetting what is behind, and stretching forth to what is ahead” (Philemon 3:13). And no matter how much he stretched out to what was ahead, he did not stop and always saw himself as insufficient, and he advanced; for he said: “whatever is perfect, think on this"(Philemon 3:15), that is, so as to advance.

-- Q: Tell me, Master, how can the devil dare in a vision or a fantasy during sleep to show the Master Christ or Holy Communion?

A: He cannot show the Master Christ Himself, nor Holy Communion, but he lies and presents the image of some man and simple bread; but the holy Cross he cannot show, for he does not find means of depicting it in another form. Inasmuch as we know the true sign and image of the Cross, the devil does not dare to use it (for our deception); for on the Cross his power was destroyed, and by the Cross a fatal wound was given him. The Master Christ we cannot recognize by the flesh, which is why the devil tries to convince us by lying that it is He, so that having believed the deception as if it were truth, we might perish. And thus, when you see in a dream the image of the Cross, know that this dream is true and from God; but strive to receive an interpretation of its significance from the Saints, and do not believe your own idea. May the lord enlighten the thoughts of your mind, O brother, so that you might escape every deception of the enemy.

-- Q: A thought says to me: “If the holy Cross appears to you, you, being unworthy of this, will fall into high-mindedness.” This thoughts brings fear and terror upon me.

A: Do not be disturbed about this, because, if the holy Cross will truly appear to you, it will abolish the pride of high-mindedness: where God is, there is no place for evil.

-- Q: I have heard that if one and the same dream appears to someone three times, one should recognize it as true; is this so, my Father?

A: No, this is wrong; such a dream also one need not believe. He who has appeared once to anyone falsely can do this three times and more. Watch, lest you be put to shame (by the demons), but pay heed to yourself, brother.

A: Disdain it and enter more carefully into the psalm-singing, prayer, or reading, so as to gain strength from the words you pronounce. But if we shall begin to be occupied with hostile thoughts, we will never be in a condition to do anything good, heeding what the enemy instils. But when you see that his cunning fabrications hinder psalm-singing, prayer, or reading, even then do not enter into dispute with them, because this matter is beyond your strength; but strive to call on the Name of God, and God will help you and do away with the cunning of the enemies, for His is the power and the glory unto the ages. Amen.