Saint Paisios the Athonite: Come to your senses 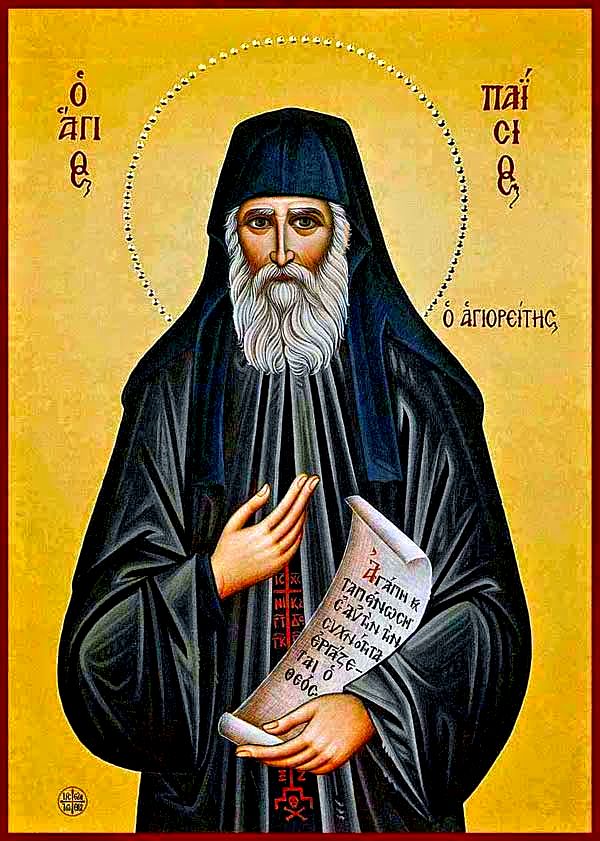 God is very near us, but also very high. In order for someone to have God bend to descend and remain with him, he must be humbled and repent. Then, the greatly-compassionate God, beholding his humility, lifts him up to the Heavens and loves him greatly. There is joy in heaven over the repentance of a sinner, says the Gospel.

God granted man a mind to contemplate his fault, to repent and to seek forgiveness. The unrepenting man is a hard thing. He is very senseless, because he does not wish to repent, in order to eliminate the small hell that he is experiencing, which leads him to something worse, eternity. Thus, he is barren of the heavenly joys on earth, which continue in Paradise, near God, with the much greater joys, eternal ones.

As long as man is far from God, he is outside of himself. Do you see, that the Gospel writes that the Prodigal Son "came to himself", saying: "I will go to my Father." In other words, when he came to his senses, when he repented, he said: "I will return to my Father." As long as he was living in sin, he was outside of himself, he was not in his right mind, because sin is irrational.

-Elder, Abba Alonios says: "If a man wishes, he can reach a divine measure from morning until the evening." What does he mean?
The spiritual life does not desire time. In one second, one can be found in Paradise from hell, if he repents. Man is responsible. He can become an angel, he can become a devil. My, my, my, what power repentance has! It attracts divine Grace. A humble thought that a man brings to mind can save him.

A prideful thought can come to his mind, and if he does not repent, death will find him, he is gone, he is lost. Of course, the humble thought must be followed by internal groaning, by internal contrition. Because the thought is a thought, but there is also the heart. The hymn says: "With all my soul and mind and heart...", I think, however, that the Abba here is thinking here of a more permenant state. It requires some time, in order for one to reach a good state.

I err, I repent, and I am forgiven that instant. If I have a struggling spirit, slowly I will achieve a more stable situation, but until then, I can be swayed.

-Elder, can an older person help himself spiritually?
Yes, barely, for when someone gets old, he is granted the strength to repent, because all illusions flee. Formerly, because he had bodily strength and nothing was difficult for him, he did not understand his weaknesses and he thought that he was in a good state. Now that he has difficulties and grumbles, he is helped to understand that he is not well, that he is limping, that he must repent. If he spiritually utilizes the little remaining years of his life, and if he uses his experience that shows that most of the years of his life have passed him by, [he learns that] Christ will not leave him, He will have mercy on him.

Through the prayers of our Holy Fathers, Lord Jesus Christ our God, have mercy on us and save us! Amen!
http://agapienxristou.blogspot.ca/search/label/SENSE
Posted by Agapi en Xristo at 12:08 AM No comments: