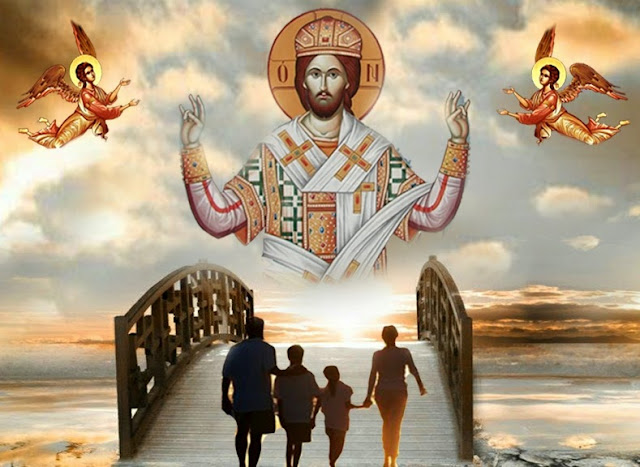 But so as not to fatigue your mind in vain by gazing out over the infinite, we’ll desist from poring over the nature of God Who lies beyond, because it’s impossible to understand Him. From what we’ve looked at, we’ve formed some sort of notion of His greatness, but all we’ve really gained is the knowledge that we’re unable to understand much else. And the more superior we believe the nature of God to be to our knowledge, the greater our sorrow is, because the summum bonum, from which we’ve been separated, is so great, and is such that we can’t bear any real knowledge of Him.

And yet, sometimes we find ourselves in such close communion with God that it defies any attempt at explanation. And this God, Who’s beyond our comprehension, is so profoundly entrenched in our nature that we can actually be transformed in accordance with the original image, so that we seem to be new persons because of the absolute likeness. Because, whatever we think now about God, all of it was – once upon a time – inside people. People once enjoyed incorruption and blessedness and composure and freedom. They didn’t know sorrow or the cares of life. They were closer to God and saw Him with a clear and free intellect, unhindered by any intermediate impediment. In short, all of this suggests to us the reason for the creation of the world, when it says that people were made in the image of God, that they lived in paradise and enjoyed the trees planted there. The fruit of these trees was life, knowledge and so on.

If we had all that, how is it possible not to mourn the disaster that befell us, when you compare and contrast the blessedness we knew then and today’s misery. We who were elevated have been humbled; we who were made in the image of the heavenly, have become dust; we who were destined to become royalty, are slaves; we who were created immortal have been destroyed by death; we who enjoyed the delights of paradise have been transported to this afflicted and wearisome place.

We’ve exchanged the ambience of freedom from the passions for this tedious and mortal life. We, who were once free and autonomous, are now dominated by so many and such varied evils that it’s not easy even to number our vicissitudes. Because each of the passions we have within us, when it becomes dominant, takes control of the person who’s subject to it. And just like any tyrant, when it captures the citadel of the soul, it exploits the occupants with the things that should be subject to them: each passion uses our very thoughts to our detriment, in order to benefit from them.

In this way, anger, fear, cowardice, audacity, excessive sorrow or joy, hatred, contentiousness, callousness, harshness, envy, flattery, resentment, heartlessness, and all the passions, which are all ranged in antipathy towards us, are simply an enumeration of some of the tyrants and oppressors who subjugate our souls as captives. And if you think about the bodily tribulations which have become part and parcel of our very nature, meaning the many and varied forms of illness we suffer from and yet which, initially, we had no experience of, you’ll weep all the more at seeing woe where there was once weal and at comparing what is bad with what is so much better.

It appears that this is what the Lord is teaching when He praises mourning, that is that the soul looks to the real good and doesn’t wallow in the essential falseness of this life. Because, if you look carefully at things the way they really are, how can you live without tears? In the same way, if you don’t – and are absorbed in the pleasures of life- how can you understand that you’re actually floundering in a pernicious morass and are in no better state than dumb animals? The way their bodies have been formed is miserable. What could be worse than being deprived of reason?

They’ve got no idea of their distressed condition, yet their lives go on, with some sort of pleasure. A horse, for example, will whinny when it’s pleased, and a bull will paw the ground and send up dust; a pig raises the hairs on its back and dogs play; calves gambol. You can see in each of the animals how they express their pleasure by certain signs. If these animals had any understanding of the value of reason, they wouldn’t spend their dumb, miserable lives in sensual pleasure. The same is true of those people who have no cognizance of the good things of which our nature’s been deprived. For them, enjoyment of the present life means sensual pleasure.

What words can describe the magnitude of the damage done by the failure of the effort to know God? What more can your intellect conceive of? How can you manifest and describe the ineffable in words, and that which is beyond conception by the intellect? But if the eye of your intellect is so well cleansed that you can somehow see what Christ promises in the Beatitudes, you’ll scorn all human discourse, because it’s unable to express what you think. But if you’re still bound to the bodily passions and have the eyes of your soul closed, as though from illness, because of your impassioned condition, then the whole power of rhetoric is of no avail, for that very reason. It’s the same for those who are insensitive, whether you play down or overstress the wonders of words.

In the same way, describing a shaft of sunlight in words is neither use nor ornament to somebody who’s been blind from birth, because you cannot convey the brightness of a ray through the hearing. In a somewhat similar manner, you have to have special eyes adjusted to the spiritual and true light in order to see this beauty. If, by divine dispensation and in an inexplicable manner, you’ve seen this, you preserve the wonder deep in your consciousness. But those who haven’t seen it can’t even begin to comprehend the damage to those who’ve been deprived of it.

How can you describe to them the good they’re missing out on? How can you show anybody something which is beyond expression? We don’t know any special words that would do justice to that beauty. There’s nothing in creation that we can use as a reference. And comparisons wouldn’t do it justice either. How can you compare a small spark with the sun? Or a drop of water with the boundless oceans? Because the ratio between a drop and the enormous masses of waters in the deeps, or a little spark and the great rays of the sun, is retained with regard to everything we view as good when seen in relation to the beauty that is to be perceived around the first good, and beyond and above any other good.

So how can we present the magnitude of this catastrophe to those who have suffered it? I think David expresses this inability very well. On one occasion he was caught up in his mind with the power of the Holy Spirit and, as if transcending his self, in this state of blessed ecstasy, he saw this indescribable and unimaginable beauty. He saw what is possible for a person to see if they’re relieved of their corporeal impedimenta and are able to enter, through the intellect, into contemplation of conceptual and bodiless things. And since he wanted to say something commensurate to what he’d seen, he let out this great cry, which everyone repeats: “All people are liars” (Ps. 115, 2).

Now this, as I understand it, means that anyone who tries to interpret the indescribable light by using words, is really a liar. Not because they hate the truth, but because they’re unable to describe it. Because with visible beauty, such as we have in our lives on earth, whether in inanimate objects or animate beings with dazzling colours, we have the potential to admire them and accept them and to tell others about them, painting their description in words, like an image of their beauty. But how can words reveal something, the original of which is beyond understanding, when there’s no means of description? We can’t talk about colour, or shape, size or even harmony of form or any other such irrelevance in general. How can you perceive something through the things that can be understood by the senses alone, when it’s so far away, and is shapeless, unformed and foreign to the very idea of size and to all the things that are manifest in and around materials and the senses.

But just because it appears to be beyond our powers of comprehension is no reason to despair that our desire will be forever unrequited. On the contrary, however much greater and more sublime the thing we desire is shown to be, the more it’s necessary to elevate our intellect and to bring it up to the mark of our desideratum, so that we’re not excluded from communion with God. Because there’s a great danger that we’ll stop thinking about Him completely, precisely because He’s so sublime and so far beyond description, since we can’t base our knowledge of Him on any of the things we know.