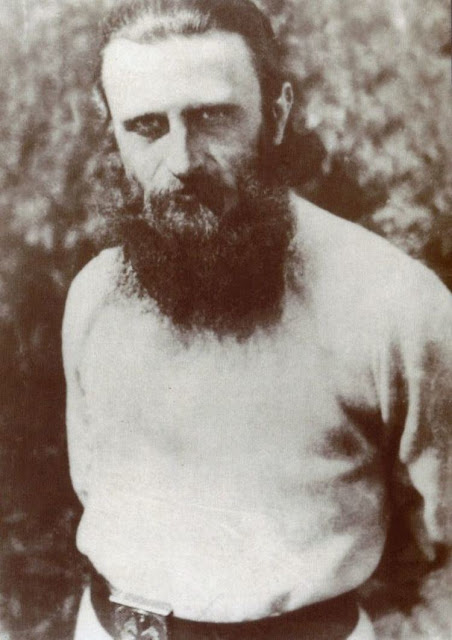 They are more readily inclined to give lessons, rather than to receive them. They condemn within their heart those who do not understand faith as they do and they manifest that condemnation – at first, secretly held in their hearts – through their words – and that is when you feel like you hear the Pharisee who thought he was worshipping God when he was vaunting himself for his own deeds, while despising the tax-payer. That sort of attitude is to please the devil. All of these things drive one’s soul to pride and haughtiness. They are of no use whatsoever to the beginners (on the contrary, they change whatever else they have good in them, into sins), as they cease bearing with one another and if anyone comes up to belittle their fellowman, that pleases them. They will see the straw in their brother’s eye yet will fail to notice the beam in their own eye; they will make a big deal out of the other’s minor deeds and will efface their own – greater – faults.
They don’t like confessor Fathers who do not praise them for their actions and don’t appreciate their good behaviour – because such spiritual sons’ sole pursuit is to be praised and commended in everything they do.
They even try to convince others that they have an accomplished spirit and harbor true piety.
They even go as far as not confess their sins anymore, lest they should downplay themselves in the process and they avoid mentioning their mistakes in order to render them lighter. They will avoid by all means praising others, but they do not like not being praised by others. Sometimes they will go as far as to ask others to praise them. Beginners very seldom escape such weaknesses.

They complain whenever they don’t receive the comfort they expected from their spiritual Fathers or their fellowman. They always look to filling up their minds with spiritual advice and teachings. They dedicate all their time to reading and have no more of it left for the spiritual work, which should be their first and foremost duty.

They are always in a bad mood.
They do their duty sloppily.
They get upset for the slightest thing and end up being unbearable to the ones around them.
They blame others.
They badmouth others.
They give moral lectures in a bitter and high voice, as if they were the only ones who would have access to being virtuous.

They exhaust themselves carrying out prayer rules.
They apply themselves to fasting without limits.
They keep away from people who would invite them to take bodily food.
They lack discernment.
They work against the commandments.
They want bodily canons (rules) rather than mind-based canons.
They don’t listen to their spiritual Fathers.
They take pride in making various efforts without discernment.
Such spiritual “sons” are encouraged by the devil to behave this way.
They always look for pulling out counsels that suit them, from their spiritual Fathers.
In case one rejects their ideas, they sulk like children.
Whatever they do, they do superficially, because they are convinced that they do nothing good before God, whenever He doesn’t work [in their life] as they would like Him to.
They take the Eucharist many times, without their spiritual Father’s approval.


Propensity for Envy and Worldliness

Their fellowman’s spiritual wellness always gets into their eyes.
They suffer when they hear someone else being praised.
Another person’s virtue makes them sad and if given the chance, they will belittle and persecute it, in order to break off all praise for that person.
They want to be the first in everything.


Excerpt from CĂRAREA ÎMPĂRĂTIEI – ”The Way to the Kingdom” – by Fr. Arsenie BOCA
Posted by Agapi en Xristo at 10:05 AM