Letter to a person who had to choose between suicide and begging.. ( Saint Nicholas Velimirovich ) 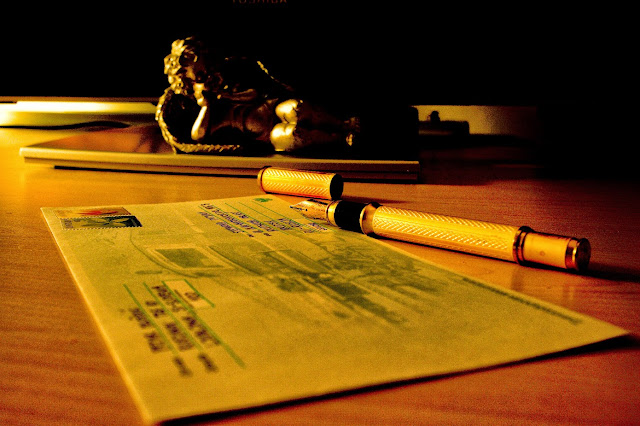 You write that all your worldly goods were sold off to a third party. When you found yourself out on the street with nothing and nobody, you headed to the cemetery, bent on killing yourself. You had no doubts or second thoughts about this. Exhausted by the vexations, you lay down on your parents’ grave and fell asleep. Your mother appeared to you in your sleep and berated you, saying that in the Kingdom of God there were plenty of people who had been beggars, but not a single one of those who had done away with themselves. That dream saved you from suicide. Your beloved mother really did save you, by God’s providence. You began to beg and to live off begging. And you’re asking if, by doing so, you’re transgressing God’s law.


Take courage. God gave the commandment: ‘Don’t steal’. He didn’t give any commandment ‘Don’t beg’. Begging without any real need is stealing, but in your case it isn’t. The general and emperor Justinian was left blind in his old age, with no possessions or friends. He would sit, blind, outside the courtyard of the throne and beg for a little bread. As a Christian, he didn’t permit himself to consider suicide. Because, just as life’s better than death, so it’s better to be a beggar than a suicide. [Saint Nikolaj seems to be confusing two people here. There was a medieval Latin legend that Belisarius, Justinian’s great general, had his eyes put out and ended his days as a beggar, but this is generally, though not universally, held to be spurious. WJL]


You say that you’re overcome with shame and that your sorrow’s deep. You stand at night outside the coffee-shop that used to be yours and ask for money from those who go in and out. You remember that, until recently, you were the owner of the coffee-shop and now you don’t dare go in even as a customer. Your eyes are red from weeping and lamentation. Comfort yourself. God’s angels aren’t far from you. Why are you crying about the coffee-shop? Haven’t you heard of the coffee-shop at the other end of Belgrade where it says: ‘Someone’s it wasn’t; someone’s it won’t be’? Whoever wrote those words was a true philosopher. Because that’s true of all the coffee-shops, all houses all the castles and all the palaces in the world.


What have you lost? Something that you didn’t have when you were born and which isn’t yours now. You were the boss, now you’re poor. That’s not loss. Loss is when a person becomes a beast. But you were a person and have remained so. You signed some papers for certain of your prominent customers and now your coffee-shop’s in the hands of a stranger. Now you look through the window and see everybody laughing, just the way they used to, and you’re wandering the streets with tears in your eyes and covered in shame. Never fear, God’s just. They’ll all have to answer for their misdeeds. But when they attempt to commit suicide, who’s to say whether the merciful Lord will allow their mothers to appear to them from the other world in order to keep them from the crime? Don’t consider them successful even for a moment. Because you don’t know how they’ll end up. A wise man in ancient Greece said: ‘Never call anybody happy before the end’. It’s difficult to be a beggar? But aren’t we all? Don’t we all depend, every hour of every day, on the mercy of Him Who gives us a life to lead? Now you’ve got an important mission in the world: to engage people’s attention so that they remember God and their soul and to be charitable. Since you’re forced to live in silence, delve into your soul and talk to God through prayer. The life of a beggar’s more heroic than that of a boss. ‘For gold is tested in the fire and accepted people in the furnace of humility’ (Sir. 2, 5). But you’ve already demonstrated heroism by rejecting the black thought of suicide. This is a victory over the spirit of despondency. After this victory, all the others will be easy for you. The Lord will be at your side.
Peace and comfort from the Lord!