Man is more than sublime when he cares for the dead. ( St. Nikolai Velimirovich ) 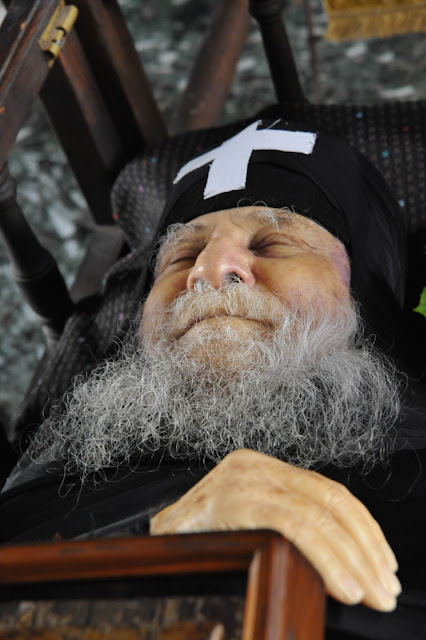 A man often cares for the living out of selfishness. But what selfishness can there be in a man’s caring for the dead? Can the dead pay him, or express their gratitude?

Some animals bury their dead; giving them to the grave, they give them over to forgetfulness. But when a living man buries a dead one, he buries a part of himself with the dead man and returns home carrying a part of the dead man in his soul. This is especially clear – terribly clear – when a kinsman buries a kinsman, and a friend a friend.

O gravediggers, in how many graves have you already been buried, and how many corpses live in you!
St. Nikolai Velimirovich
Posted by Agapi en Xristo at 12:13 PM